In today’s Inside Look, I want to update you on the current environment surrounding the energy sector and provide our insights on the volatile energy market. We’ll have some thoughts from Glenn Johnson, senior vice president and director of institutional asset management, who has worked in or followed the oil and gas sector since 1981.

With gasoline prices averaging more than $4 per gallon around the country, crude oil reaching nearly $130 per barrel (near the all-time peak of $147.02 in July 2008), and supply chain issues due to COVID-19 and the war in Ukraine, it’s not surprising that energy sector investments are booming. Last quarter, the S&P 500 Energy Index Total Return closed up 39.03% and reached its highest price since 2015 at $601.34 on March 25. However, we see this as a short-term move, and we don’t expect traditional oil and gas companies to grow on a sustainable basis over the long-term. At a core level, all energy companies are commodity companies anyway and must find advantages related to scale and efficiency because their profits are beholden to the price of the commodity (e.g., the price of oil and natural gas). As a result of increasing energy efficiency, consumption of oil and gas grows more slowly than GDP, which naturally impacts the long-term growth potential of oil and gas companies. 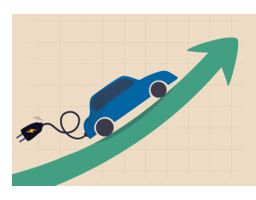 Think back to the Super Bowl, the mecca of advertising. In 2018, there were 12 car ads during the Super Bowl and none of them featured an electric vehicle. This year, six of the eight car spots included EVs. The EV movement is not a fad. It has moved to the forefront of the energy discussion despite only 9% of passenger vehicle sales globally coming from EVs, according to market research company Canalys. However, according to the same research, sales of EVs in 2021 were up 109% compared to 2020.

The fervor around alternative energy puts a damper on the competitive advantages traditional energy companies held in the past.

“Growing EV demand will impact oil consumption,” Glenn said. “We’re preparing for the transition and are looking for alternatives to traditional oil and gas stocks.”

At the same time, traditional energy companies are trying to reduce their carbon footprints, which could be good for the environment, but eats into profits. In the long run, this means that many smaller   oil and gas companies may not survive. With more alternative energy options being explored, downward pressure on oil and gas prices as discussed previously, and work being done to slow emissions, traditional oil and gas companies will be challenged to maintain profitability, much less grow it.

Yes, there have been gains in the short term, but we always take a long-term, bottom-up approach. We see the wave of interest in sources of alternative energy and know there is investment potential, even if those companies and products are still in their infancies. We’ll continue to search out the companies we believe have the greatest potential for success down the road.

One of those companies is Chicago-based Littelfuse, which makes electrical components for applications such as automotive sensors, ignition systems, and surge protection. Littelfuse also manufactures components for electric vehicle charging stations, a key part of the infrastructure needed to make the EV revolution a reality.

Another company with potential is Gentherm. It’s expertise in thermal electric technology and thermal physiology (how the human body responds to heating and cooling), makes it the leading provider of climate-controlled seats and other surfaces within a vehicle’s interior. In the long-term, it is well-positioned to benefit from automotive revenue growth, including the growth of the EV market. Gentherm has created more efficient ways to keep battery cells warm in colder weather and we see potential in Gentherm’s ClimateSense, a microclimate offering that helps vehicles reduce HVAC power consumption and extend driving range.

Often, we look to companies making prudent decisions like leveraging the decline of demand for traditional energy to find a competitive advantage related to more renewable sources. Toro is a good example with their electric riding lawn mower for golf course greens, Oshkosh Truck with their electric vehicles and electric mobile elevating lift platforms, and Tennant’s lithium-ion powered scrubber sweeper. These companies aren’t making massive bets with new products but wise steps in response to the shift toward renewable resources. 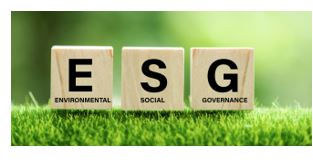 Another major part of the traditional energy conversation hinges on ESG. While it’s become a buzzword, we have always seen the long-range benefit when a business acknowledges its impact on the community. We believe for a company to have long-term success, it much act in a socially responsible manner. Because of the carbon footprint of fossil fuels, most traditional energy companies are being hit hard by ESG demands and score low on ESG reports. If companies score low on ESG, it reduces the number of potential investors, which in turn effects the valuation potential of the company. We see this as another reason to look for investments in alternative sources of energy.

“We would certainly not take the short-term view (on traditional energy),” said Glenn. “We see this as an opportunity to cut back further from traditional carbon fuel. The EV demand is impacting oil and we’re even looking at hydrogen energy rather than oil and gas.”

A final comment on the energy sector is to reiterate that we see the current conditions as transitory. We believe the current oil and gas price boom will be short lived, with price increases and inflation normalizing in the longer term. In addition, the humanitarian crisis in Ukraine has added to the current volatility. When those conditions change, we see oil and gas prices returning to a more normal state.

The S&P 500® Energy comprises those companies included in the S&P 500 that are classified as members of the GICS® energy sector.  It is not possible to invest directly in an index.

A strategy or emphasis on environmental, social and governance factors ("ESG") may limit the investment opportunities available to a portfolio. Therefore, the portfolio may underperform or perform differently than other portfolios that do not have an ESG investment focus.

We’ll send you periodic emails with our latest thinking on investing and the markets. Your information will not be shared. *Required fields.

Investing in the Funds is subject to investment risks, including, but not limited to, possible loss of the principal amount invested. These investment risks are explained in the Mutual Funds Prospectus and ETF Prospectus.

Diversification does not eliminate the risk of experiencing investment loss.

Shares of any ETF are bought and sold at market price (not NAV), may trade at a discount or premium to NAV and are not individually redeemed from the funds. Brokerage commissions will reduce returns. Because the funds concentrate their investments in specific industries, the funds may be subject to greater risks and fluctuations than a portfolio representing a broader range of industries. The funds are non-diversified, meaning they may concentrate more of their assets in a smaller number of issuers than diversified funds.

CFA is a registered trademark of the CFA Institute.